I remember driving up the winding road in Topanga Canyon, California, on my way home from work and feeling kinda blah the evening of May 22, 2002. When I got home, I ate something and went to bed uncharacteristically early between eight and nine. My mom’s voicemail woke me up at 11 p.m.: “Megan, call me as soon as you get this.” My mother’s tone indicated something was wrong, so I called her right back. “She’s gone. We lost her around 11 p.m. (Chicago time).” She explained how my sister had experienced a “pretty bad seizure around nine o’clock” and that afterward she was resting in the recliner. Before my mom went to bed, she checked in one last time on Ashli and thought it was strange that she was sleeping with her mouth open. Realizing my sister wasn’t breathing, she called 911. After talking to my mom, I called my best friend Missy and my boyfriend, who thankfully both picked up. The poor guy I was dating had no idea how ill my sister was, nor did most people who knew her. She was a sensitive, intelligent and beautiful girl. I’m biased, but she was special: guys liked her because she was pretty and cool enough to really get Star Wars or challenge them at video games, girls wanted to be like her, and teachers loved her perfectionism. Her laughter was infectious and she loved being around people and making things special.

Ashli had battled eating disorders since the age of 11. By the time she graduated college in 1994, her drinking and daily bingeing and purging got out of hand. I also think this is when symptoms of bipolar disorder became noticeable. Even when she wasn’t drinking, her behaviors seemed bizarre and it became difficult to know what to expect from her: sweet Ashli or angry/manic Ashli. Even so, she did make it to downtown Chicago for work, but couldn’t handle the pressure of advertising or the big city and moved home. It’s still hard to believe that this small-town homecoming queen died weighing maybe 70 pounds with acute health issues due to anorexia, bulimia, alcoholism and mood disorders. The medical explanation for her death was heart failure, however my family made sure anorexia nervosa was also listed on her death certificate; we wanted her death to count towards the statistics of deaths related to eating disorders.

My doll-like sister in her casket is an image that stays with me, but her funeral is a blur. I flew back from Chicago and returned to work as an executive assistant in Los Angeles after only one week. My tolerance faded for the Swimming with Sharks tantrums that my boss would throw, so I left and eventually obtained my master’s degree in clinical psychology. I worked with dual diagnosis and eating disorders for six years before I left that career to write. I questioned why I wasn’t able to help Ashli. My deflected guilt became reason enough to quit psychology. I’m not good enough and why should I care became an ongoing theme in my life. The last time Ashli spoke to me was about a week prior to her death. I was talking to my dad on the phone when she picked up sobbing, “You’re not a sister to me, you’re selfish and only care about yourself … I’m dying and you don’t care, I hate you, you’re not a sister.” My dad interrupted and told her to get off the phone. I said nothing. I wish I had been there to hug her and tell her how sorry I was that I didn’t understand what she was going through; that I didn’t know how to help her but that I loved her and believed in her. But I didn’t, and the guilt, shame and depression around losing my sister lasted a long time.

I’ve realized that the life of a loved one who dies from unexplainable, unforgiving disease is only “wasted” when you allow your grief to bury your own dreams. I miss my sister every day. I still get angry. But instead of flirting with my own addictions or not caring about anything, I’m trying to fulfill my purpose. My meaning is separate from Ashli’s death, just like her addictions were separate from who she really was. Allowing her death to rob me of happiness is basically saying that alcohol and anorexia had more power than she did. Did those things end up killing her? Yeah, they played a big part, but so did her will and destiny. The important thing, for me, to remember is that I was lucky enough to walk along Ashli’s path for a while. And it’s OK to get sad about what happened, to talk about it and to share it. My sister’s death changed me, but through grieving, I’m gaining the courage and strength to finally be me. Besides, every now and then, I’m pretty sure she’s sitting here right next to me. 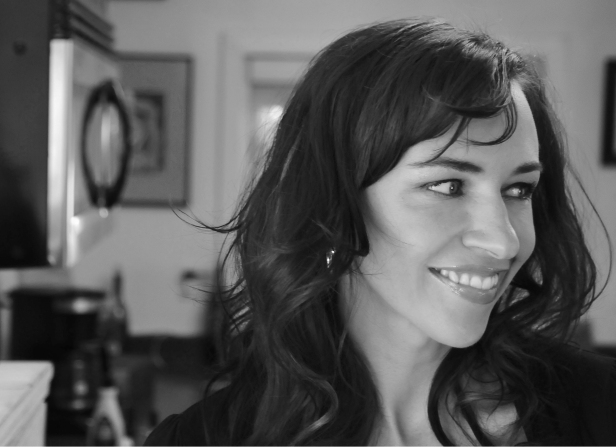